Dr. Jorge Guerra has over 40 years of experience in aviation.  Joining the USAF after high school graduation, he was trained as an aircraft jet engine mechanic and served for 10 years. Later, he taught Airframe & Power Plant technology at George T. Baker Technical College.  He served as the Dean of the School of Transportation for Broward College where he opened multiple programs.  He later served as the Executive Director of Workforce Education at MDC as well as Campus President.  Dr. Guerra has a B.S. degree in Aeronautical Science from Embry-Riddle Aeronautical University, a M.S. in Educational Leadership and a Doctorate in Higher Education from Florida International University.  Dr. Guerra is married has three children and five grandchildren. 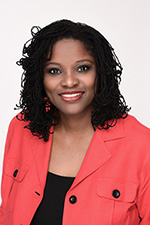 Vena Symonette-Johnson obtained her Bachelor of Science degree in Aeronautical Science (Concentration in Flight Education) from Florida Memorial University, and graduated with honors. She pursued further studies at Embry-Riddle Aeronautical University and obtained a double masters degree in Aerospace/Aeronautical Science with specialties in Safety and Operations. Mrs. Symonette-Johnson has a vast amount of experience in the aviation field spanning back to 1989. She worked her way up through the ranks from customer service representative to management and currently holds a CFI rating.

Her passions in life include flying, teaching, traveling, and water sports. Most important in her life is God, family, and good friends. She is an active member of many organizations including OBAP, The 99’s, Tuskegee Airmen and The Bessie Coleman Foundation.

In addition, she serves as coordinator of the Women of the Word Bible Study group at her local church. She teaches all ground school courses, Aviation History, Introduction to Aeronautics, Crew Resource Management, Aircraft Engines and Flight Safety and Flight Physiology. 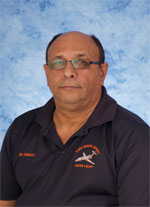 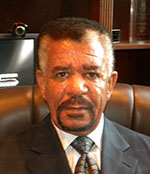 Mr. Douglas, a Federal Aviation Administration (FAA) retired Federal Executive, has taught at Florida Memorial University since August 2011, first as an adjunct professor and now as Assistant Professor. He is a native of Dallas, Texas and now resides in Wellington, Florida. He briefly attended Prairie View A&M College and earned a Bachelor of Arts degree in Business Management from Adelphi University, Garden City, New York in 1976. He is a graduate of the Federal Executive Institute, Federal Aviation Administration Management Training School, Cameron University, Lawton Oklahoma and the FAA Aeronautical Academy, Oklahoma City, Oklahoma. He is a certified National Weather Service (NWS) Weather Observer and is an inactive pilot.

After graduating from the Federal Executive Institute, he was selected as a member of the Federal Executive Service and assigned to Washington Headquarters, Washington , DC. Assigned as Director of the Air Traffic Systems Requirement Service he was responsible for new and existing system requirement definitions, market surveys, system acquisition funding requests and vendor contract selection. He retired from the FAA in 1998. He currently serves as a consultant and subject matter expert to the FAA and contractors in support of the FAA Next Generation Air Transportation System (NextGen) programs and projects.