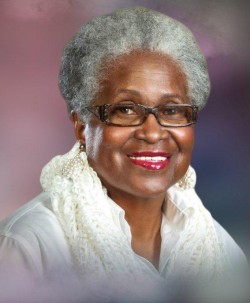 Lizzie Polly Robinson-Brown Jenkins was born in Archer, Florida, October 25, 1938, growing up on a farm with parents, Hura and Theresa Brown Robinson, skilled farmers who purchased a 285 acre Farm in 1940, industrialized parental commandments, shaped young minds, build work ethic, mounted morals aspirations for their children using good judgment. Jenkins, the youngest of five children reared in a nurturing home, where she was expected to not only excel, but become a beacon of light for others. A lover of books at first glance and believed born to explore, research, authenticate the history of a people while preserving community life.

She is a lifelong resident of Archer, Florida, where she attended Archer Negro Elementary/High School, graduating from Lincoln in 1957, Gainesville, Florida. She matriculated through Florida Memorial College following in the footprints of her Rosewood Aunt, Mahulda Gussie Brown Carrier, receiving a Bachelor’s Degree in 1961. She furthered her education at Nova University where she earned a Master’s Degree in Administration 1978. During her transition years she attended both Santa Fe Community College and the University of Florida in Gainesville, Florida. Both parents emphasized, knowledge is power that would open doors that would result in triumph. She prides herself by giving back to education in the spirit of scholarships.

Jenkins is a Life Member of Zeta Phi Beta Sorority, Inc., NAACP, and ACPO. In addition, she is a member of several other organizations.

Jenkins, a retired educator, researcher, and published authorand historian is credited a real storyteller organizing Rosewood tours for interested schools, organizations and churches. Plans are in place to produce a play, “Rosewood on My Mind”, followed by a documentary, “The Reel Rosewood”. Jenkins is married to John M. Jenkins, Sr.